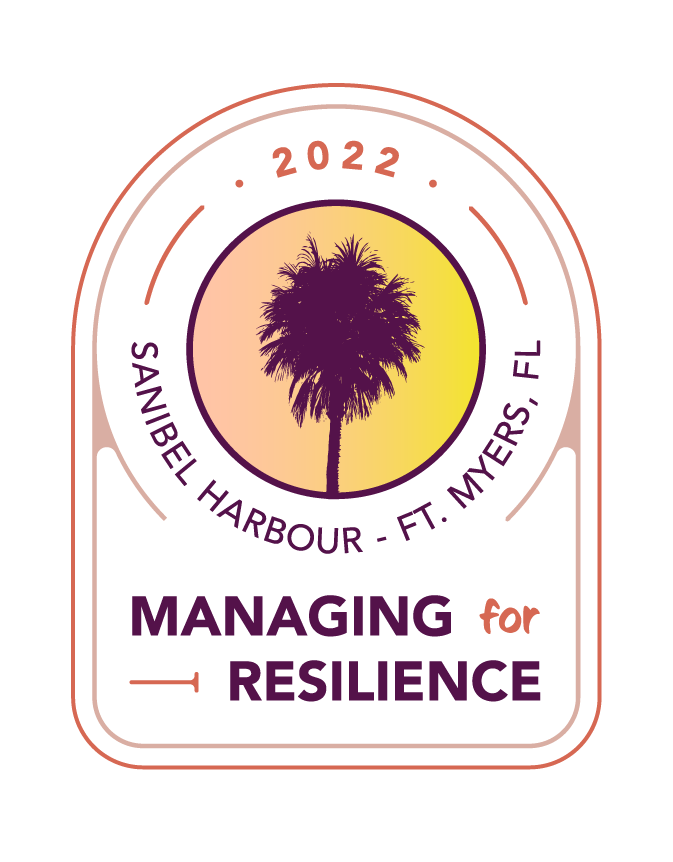 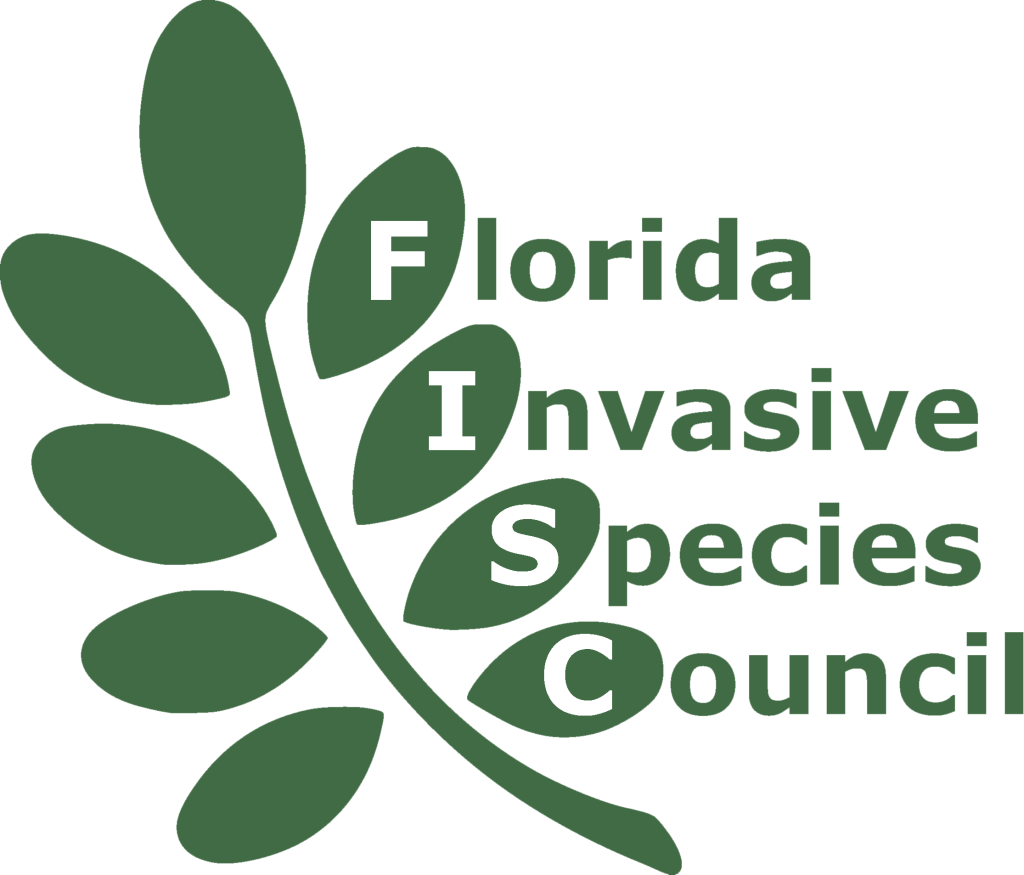 NAISMA hosts the only conference to bridge geographic divides across North America in invasive species management. Network with natural resource managers, researchers, and leaders in the invasive species field.

The NAISMA board of directors, staff, and planning committee are thrilled to bring our high quality conference agenda to Florida, a state with unparalleled invasive species concerns.

The Challenges with Nonnative Fish and Wildlife in the Sunshine State

How to Tell the Invasive Species Story:

Lessons from Kudzu, Pythons, and More

The U.S. Fish and Wildlife Service Congressional appropriation to control invasive species was $16.5 million in fiscal year 2021.  The funding fluctuates year to year, but has only increased since the initial appropriation in FY2008.  In FY2020, the USFWS received $5.0 million to increase the number of Invasive Species Strike Teams nationwide.  Often federal funds are leveraged with other federal agency, state, and non-governmental partners.  Collectively, time, treasure, and talent are annually applied towards reducing numbers of feral pigs, pythons, cogon grass, alligator weed, and phragmites to name a few.  However, in only a few cases the goal of eradication is achieved.  More often our goal is to suppress, reduce, or maintain species numbers to enhance native habitats or individual plant and animal species.   We know we must remain vigilant, while continuing to learn, adapt, and change.  We strive to be innovative based on the feedback from fundamental questions:  Are we focused on what matters?  Are we trying new approaches?  Are we learning from our successes and failures?

Leopoldo “Léo” Miranda-Castro was appointed to the Senior Executive Service (SES) in November 2018 and serves as the Regional Director of the South Atlantic-Gulf and Mississippi Basin Regions, where he oversees the work of approximately 1,300 employees in carrying out the Federal Government’s partnership role in conserving fish, wildlife, and plant resources and their habitats within 11 southeastern states, Puerto Rico and the U.S. Virgin Islands. Leo began his work with the Service as a Private Lands biologist in his native Puerto Rico, later becoming the Program Supervisor of the Service’s Chesapeake Bay Field Office in Annapolis, Maryland, followed by Assistant Regional Director of the Southeast Region’s Ecological Services Program. An advocate of public-private conservation partnerships, he points to the success of the shade-grown coffee industry as an example of how government organizations and private landowners can work together to achieve win/win outcomes for people and for wildlife. Leo holds a Bachelor of Science in Marine Biology from the University of Puerto Rico and a Master of Science in Zoology from North Carolina State University. On any given weekend, you are likely to find Leo in a tree stand or by a river, hunting or fishing with his son, Pablo. Leo attributes much of their shared love of nature and commitment to conservation to the pursuit of these outdoor recreational pastimes. He and his wife, Jessica, Pablo, and four-legged family member Seven live in Columbus, Georgia.

The Challenges with Nonnative Fish and Wildlife in the Sunshine State

Welcome to Florida: the Challenges with Nonnative Fish and Wildlife in the Sunshine State

Florida is considered to be a hot spot for nonnative species establishment.  Over 60,000 observations of nonnative fish wildlife have been recorded in our state, the majority of which over the last 10 years.  This represents over 500 different nonnative species. Despite it being illegal to release any animal not native to Florida, it is believed that most of these observations represent single individuals, that may have been released or escaped from captivity. Of the 500, however, we estimate that more than 150 have reproducing populations. Although invasive species are not a problem unique to Florida, Florida’s subtropical climate has been conducive to the expansion of many nonnative species including pythons, Argentine black and white tegus, green iguanas, monitor lizards, and many freshwater fish species. To address these threats and manage for resilience, over the last ten years FWC has broadened their efforts including expanding removal programs, increasing early detection and rapid response capacity and expanding prevention efforts. Despite these efforts, Florida continues to face many challenges. This presentation will provide information on Florida’s approach to addressing the current impacts and future opportunities to address the threat of invasive fish and wildlife while supporting ecosystem resilience.

Kristen Penney Sommers serves as the Leader over the Wildlife Impact Management Section in the Division of Habitat and Species Conservation of the Florida Fish and Wildlife Conservation.  One of the programs under Kristen’s charge is the FWC Nonnative Fish and Wildlife Program.  Over the last ten years under Kristen’s leadership, the FWC has greatly expanded efforts to address the current and future potential impacts of nonnative fish and wildlife introduced in the Sunshine State.

Kristen received her B.S. in Biological Sciences at Florida State University, and her M.S. in Zoology at the University of South Florida. Since then, Kristen has worked in both the public and private sectors.  Currently, Kristen represents the State of Florida on many national and regional committees and panels on invasive fish and wildlife.

Managing Invasions: What’s Worked, What Hasn’t, and What Might

A problem managing invasions is early detection. Use of citizen scientists and smartphones is aiding this effort, as is the advent of eDNA. Populations of many species have been eradicated, especially but not only when detected early; technologies to do so are improving. Many invaders have been maintained at low levels, even after widespread establishment, usually by physical, chemical, and biological methods. Non-target impacts are a persistent problem of the latter two approaches. New technologies based on molecular genetics to eradicate or manage animal invasions are being developed, although there is notably little activity on research and development of such tools for invasive plants.  Gene-silencing is already used to manage invasive insects and is being developed for other species. Oxitec’s genetically engineered Aedes aegypti mosquito, though controversial, has been massively released in nature in the wake of the zika epidemic, and gene-editing projects employing CRISPR Cas 9 gene drives to eradicate invasive species are under development despite substantial controversy regarding potential unintended consequences.  All in all, the means are already in hand to lessen greatly invasions and problems wrought by them, and further advances are likely.  The problems in developing and employing them are primarily socioeconomic.

Daniel Simberloff is the Nancy Gore Hunger Professor of Environmental Studies at the University of Tennessee.  He received his A.B. (1964) and Ph.D. (1968) from Harvard University and was a faculty member at Florida State University from 1968 through 1997, when he joined the Department of Ecology and Evolutionary Biology at the University of Tennessee.  His publications number ca. 500 and center on ecology, biogeography, evolution, and conservation biology; much of his research focuses on causes, consequences, and management of biological invasions.  His research projects are on insects, plants, fungi, birds, and mammals. He is editor-in-chief of Biological Invasions, senior editor of the Encyclopedia of Biological Invasions (2012), author of Invasive Species: What Everyone Needs to Know (2013), co-editor of Integrating Biological Control into Conservation Practice (2016), and serves on the editorial boards of several journals.  In 2006 he was named Eminent Ecologist by the Ecological Society of America, in 2012 he won the Margalef Prize for research in ecology, and in 2015 he won the Wallace Prize of the International Biogeography Society for lifetime contributions.  He is a member of the U.S. National Academy of Sciences and the American Academy of Arts and Sciences.

How to Tell the Invasive Species Story:

Lessons from Kudzu, Pythons, and More

How to Tell the Invasive Species Story: Lessons from Kudzu, Pythons, and More

Rob has spent his entire career communicating complicated science and nature stories for outlets such as Science Channel, Discovery Channel, National Geographic, and more, and he has a few tips that might make it easier for you to tell yours. After all, we can’t fight the wave of invasive species alone. We need ever better ways to communicate to the public. Have you seen the Kudzu that “ate the south?” I have. This dramatic invasive plant makes for a great story no matter if you’re a biologist, invasive species manager, or filmmaker. But how do you tell your story of whatever species you are trying to control in a way that gets people’s attention and changes their behavior? Bring a notebook and a cup of coffee to discover the story that can dig you out of the weeds you’re fighting!

Rob began his career twenty-two years ago as a biologist in Texas restoring lakes with native plants and helping eradicate invasive weeds. This eventually led to an MS in population ecology and then an MFA at Montana State University in Science Filmmaking. Rob’s early career consisted of making close to 500 videos for Pearson’s K-12 science textbooks which were seen by half the students in America. Rob is the owner of UntamedScience.com and has hosted twenty-four television shows, including Animal Planet: Life After – Chernobyl, 2 seasons of Science Channel’s Secrets of the Underground and Discovery Channel’s Man-eating Python of Sulawesi. He was also an on-camera expert for What on Earth (5 seasons), Strange Evidence, the Nat Geo Wild show World’s Weirdest, and National Geographic’s Animals Gone Wild. Rob has also co-hosted DNews with Julia Wilde. Rob later directed two feature long documentaries, both of which won Emmys for documentary filmmaking. More recently, Rob has taken to Youtube to teach storytelling to others via the channel Science Filmmaking Tips. His other Youtube channel, StoneAgeMan aims to give people fun and entertaining ways to learn about nature. Combined, these channels have over half a million subscribers. With all of these outlets, Rob’s goal is to translate nature into easily understandable nuggets of information through video.